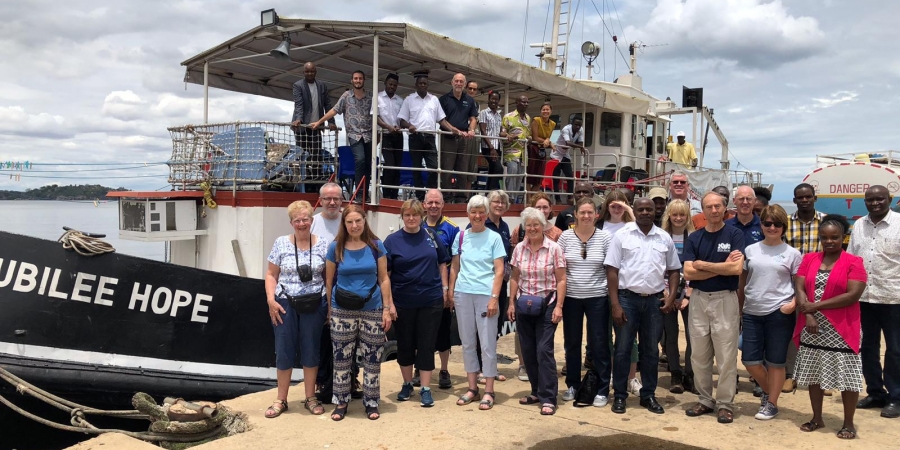 Read on for updates from our October Building Expeditions team in Kazunzu.

We finally arrived in Mwanza last night! The Mipa Hotel was very friendly and we all slept well after the journey. Breakfast was delicious!

This morning we all travelled to the Jubilee Hope to witness how far the project has come since 2014. It was amazing to meet the team members and witness the amount of work that has gone into making the project happen.

As I (Holly) write, we are having lunch at the Tilapia Hotel and later we will be travelling to our home for the next two weeks in Sengerema. 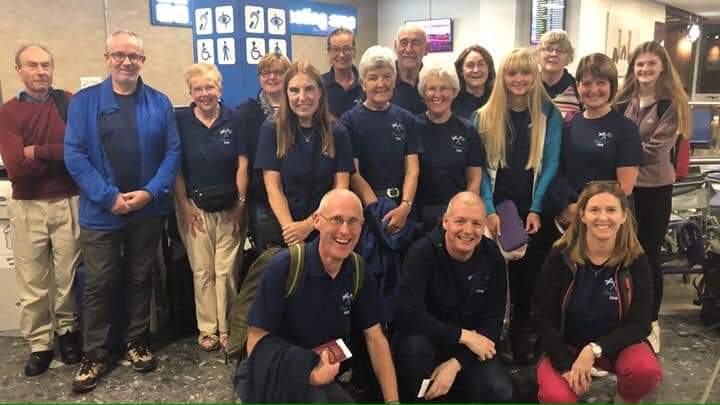 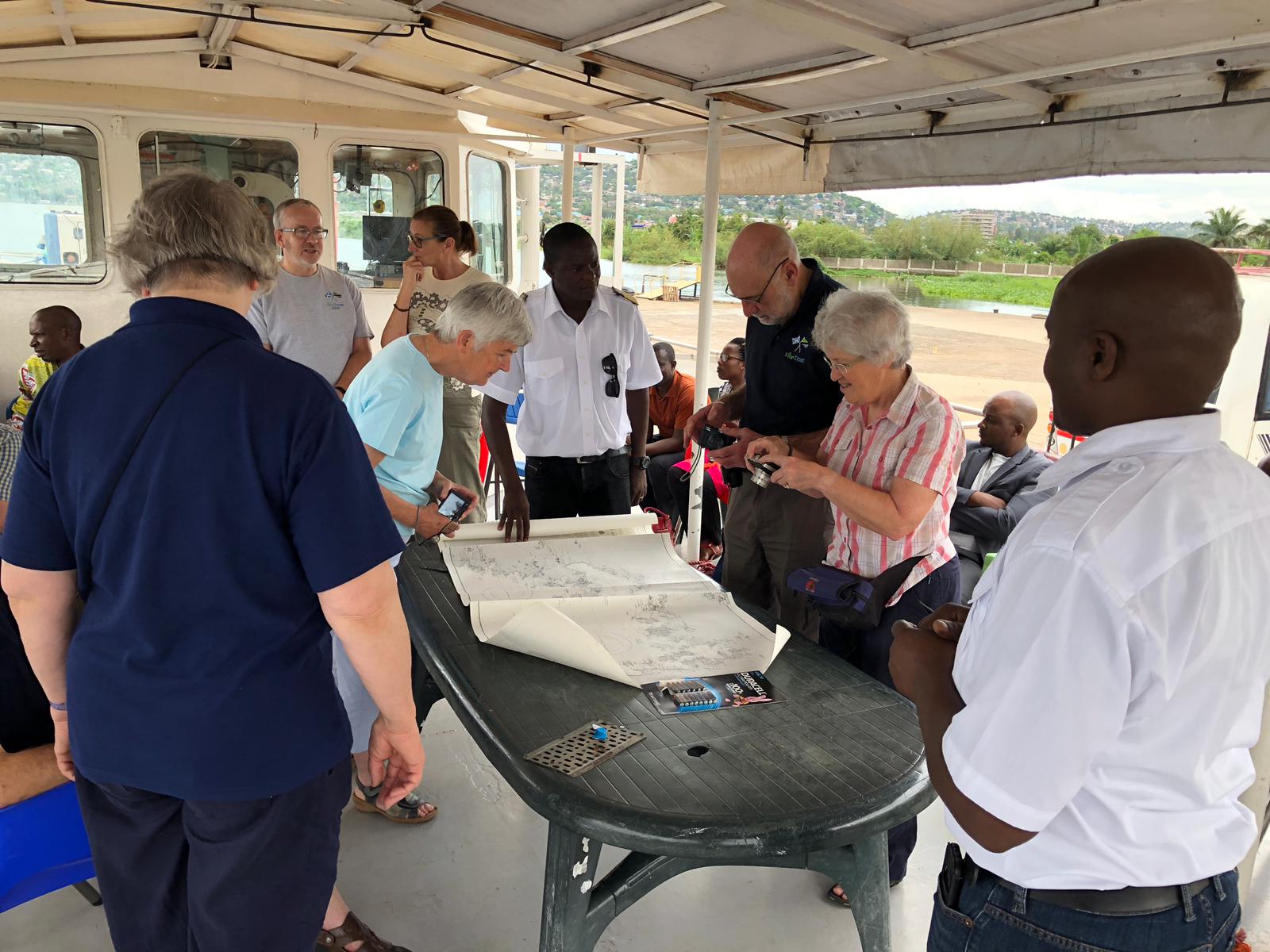 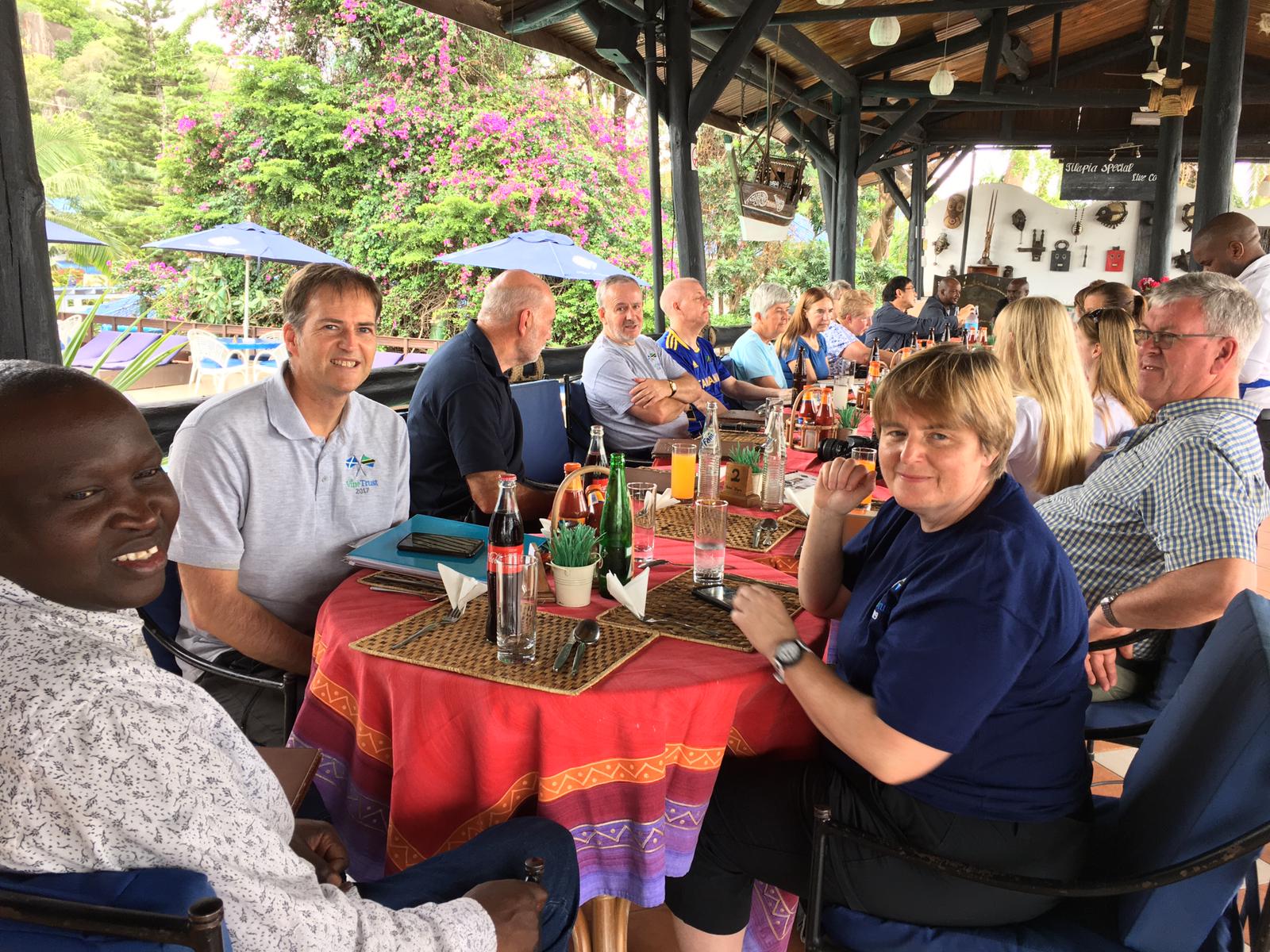 We were greeted by nearly 200 locals at the site. We were given a tour of the cluster that was nearly complete and the area where we would be digging the foundations of the next two homes. Afterwards, the local choir gave us a performance of singing and dancing while we and the rest of the welcome party watched in awe.

After lunch, we began to dig the holes for the foundations of the homes. It was hard work in the intense heat but by the time we left we had made a good start.

Today, we were moving sand rocks and cement to fill the foundation holes. Large rocks were put in the ground first and the sand then went on top to help secure them. By the end of the day, the walls had begun to be built.

After school, many of the local children came to watch us and some of us played games with them. The younger ones enjoyed playing with the parachute and the bubbles while the older ones played football or frisbee.

The houses are progressing quickly and we look forward to keeping you up to date about our venture! 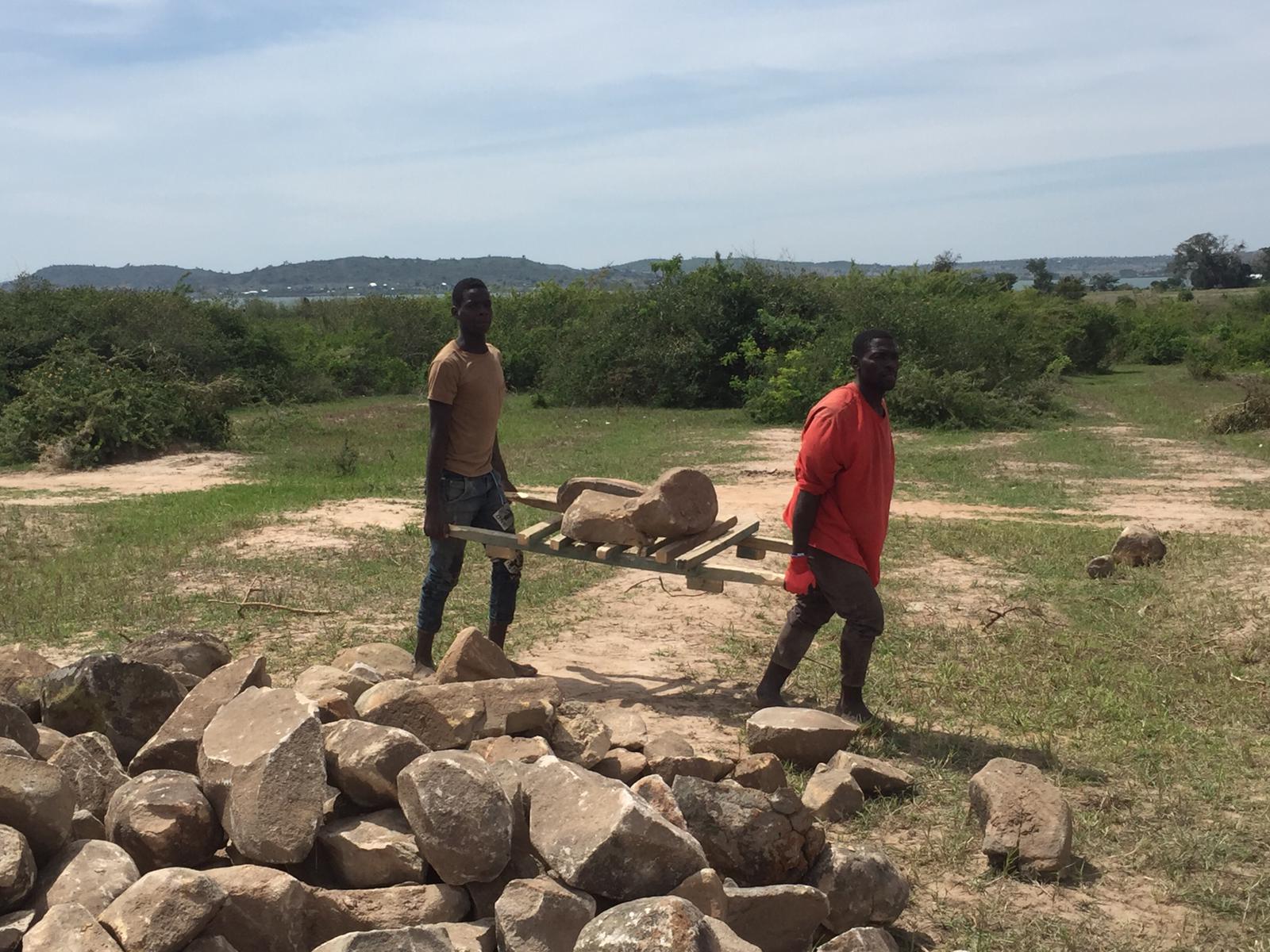 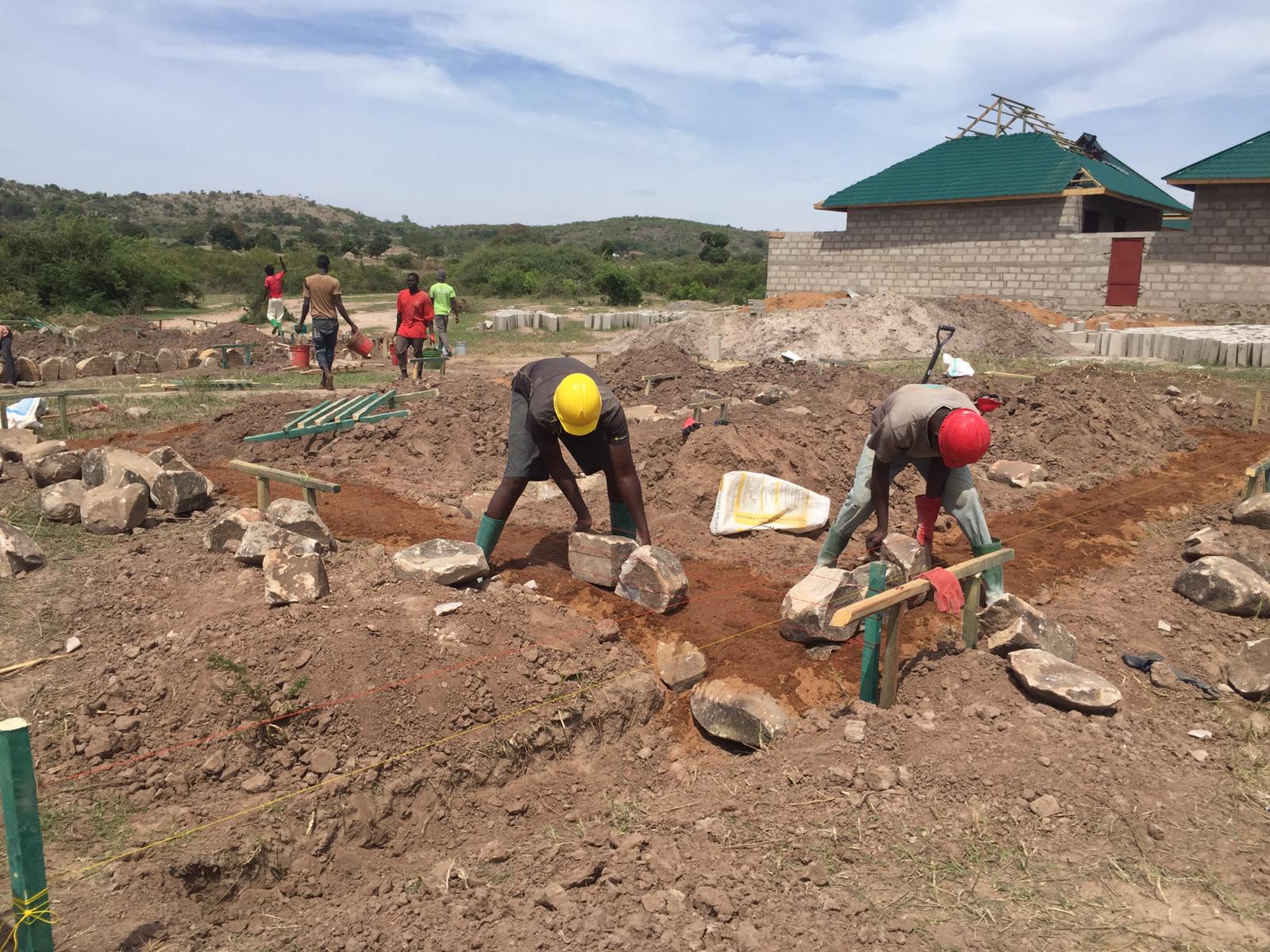 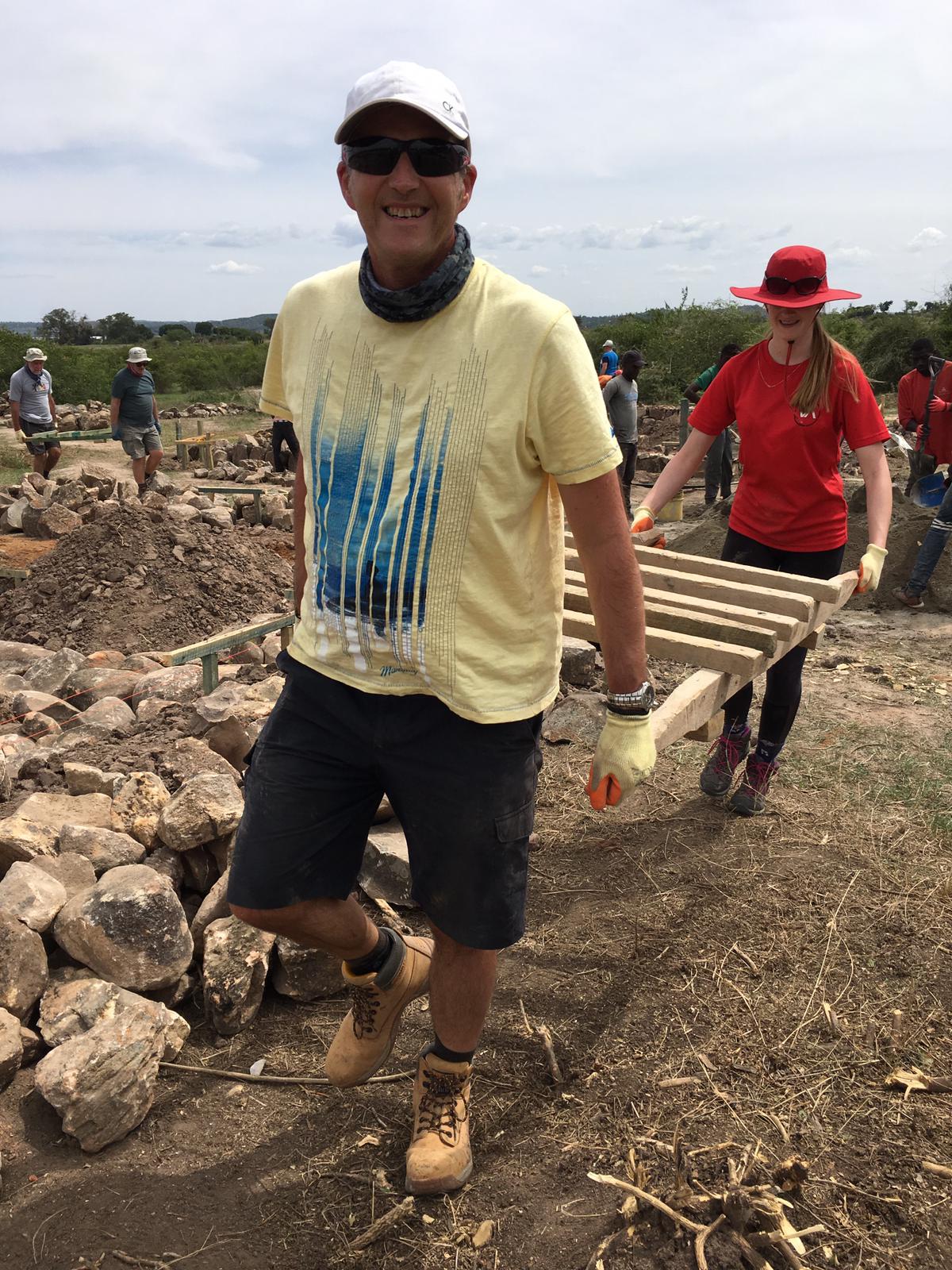 On Friday, our strength was put to the test when we had to move buckets of cement to the houses via a human chain of fundis and Scots. By the end of the day, we had made great progress on the walls of the houses. 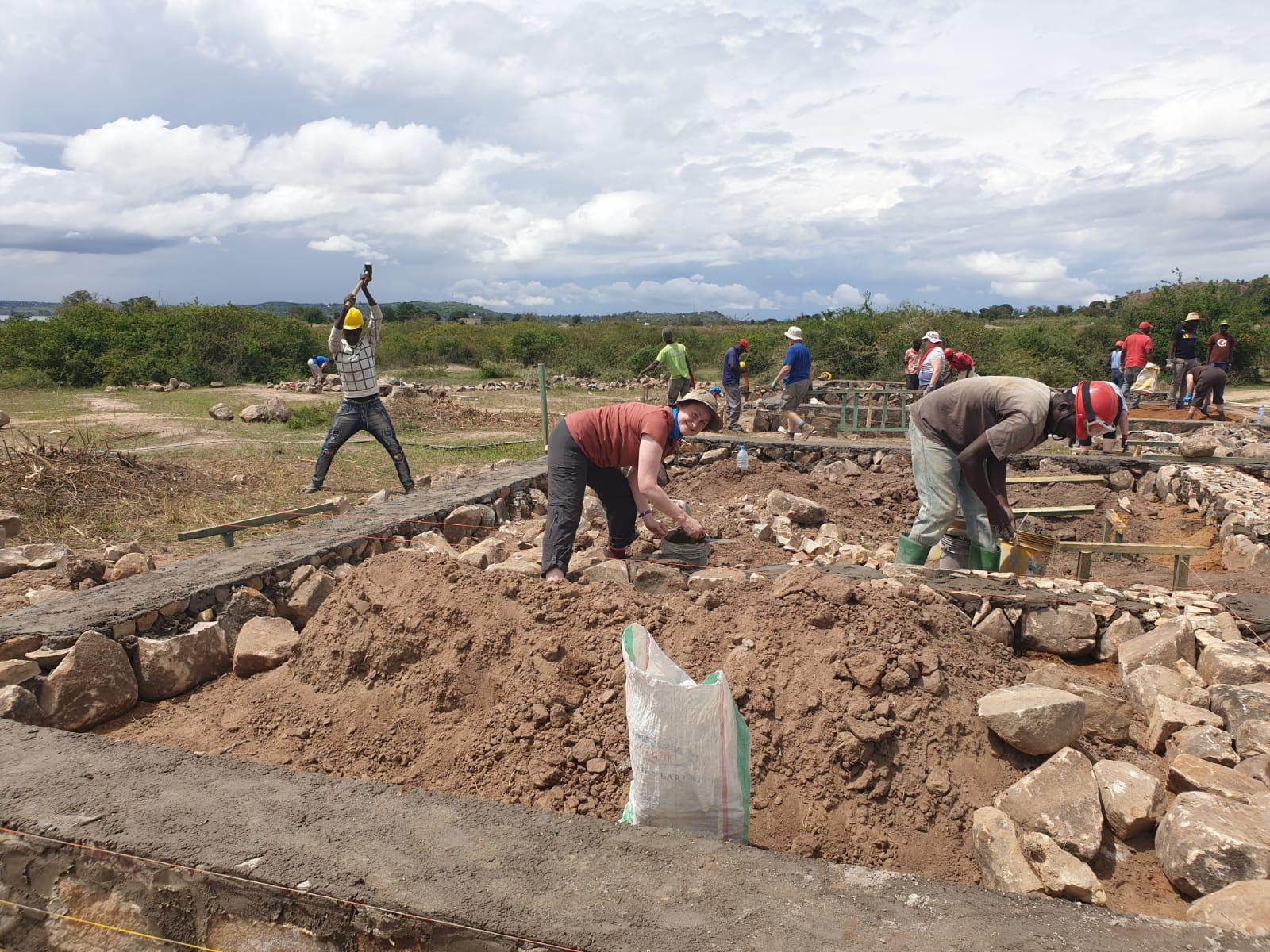 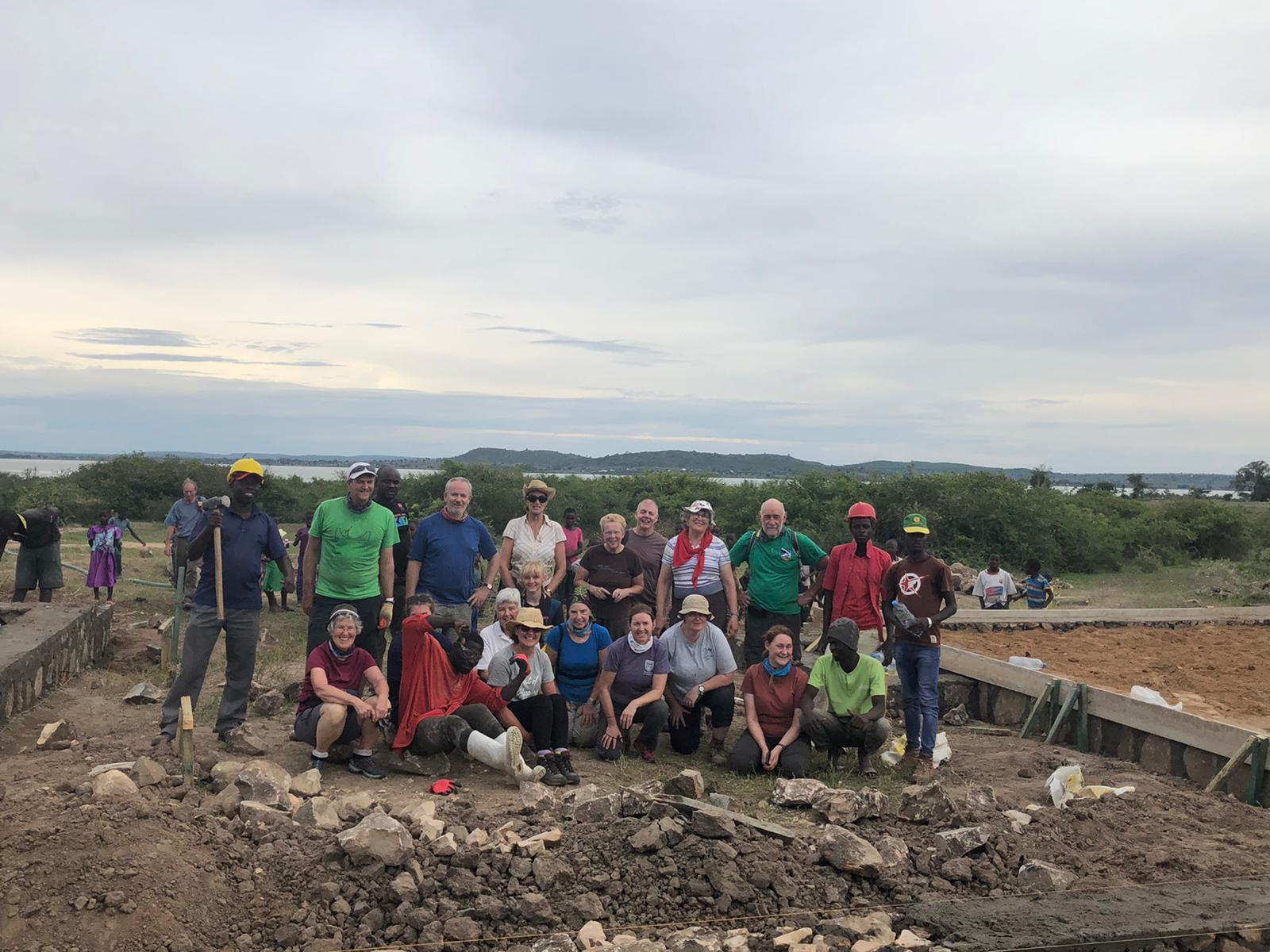 On Saturday the majority of us helped to plant pine trees around the area where future houses would be. We were helped by the Bishop of Sengrema and the district commissioner, who had both travelled far to see us and this fantastic project. Some of us worked inside the other, more complete cluster painting the walls of the bedrooms and kitchen.

We also took a short walk down to the shores of beautiful Lake Victoria. The views were stunning! 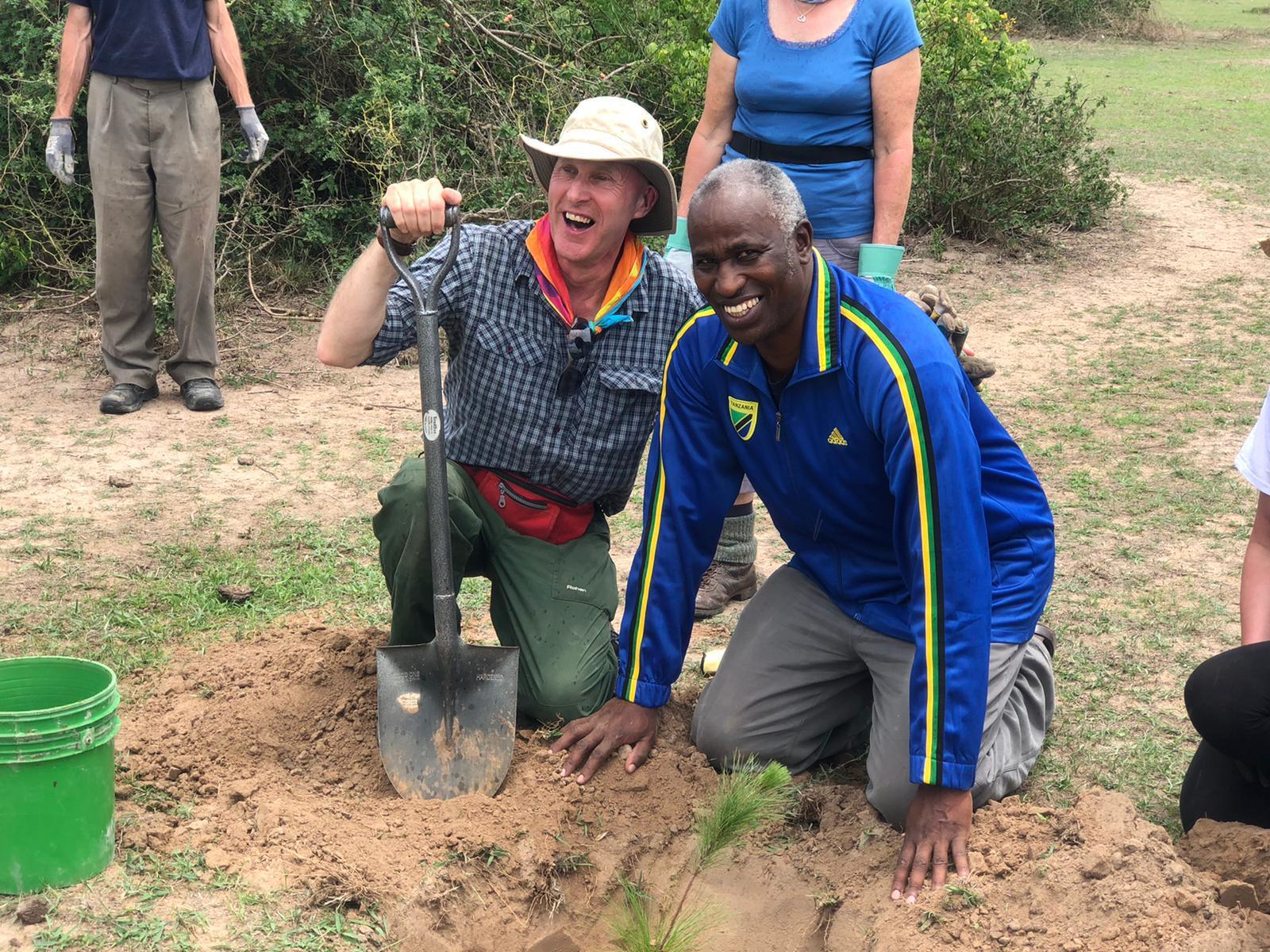 Today we attended a magnificent church service. The dancing and singing from the Adult, Youth and Children’s Choirs was a perfect start to the day. Our group introduced themselves to everyone in the church and afterwards we all lined up outside to shake everyone’s hands. It was a brilliant welcome like no other! 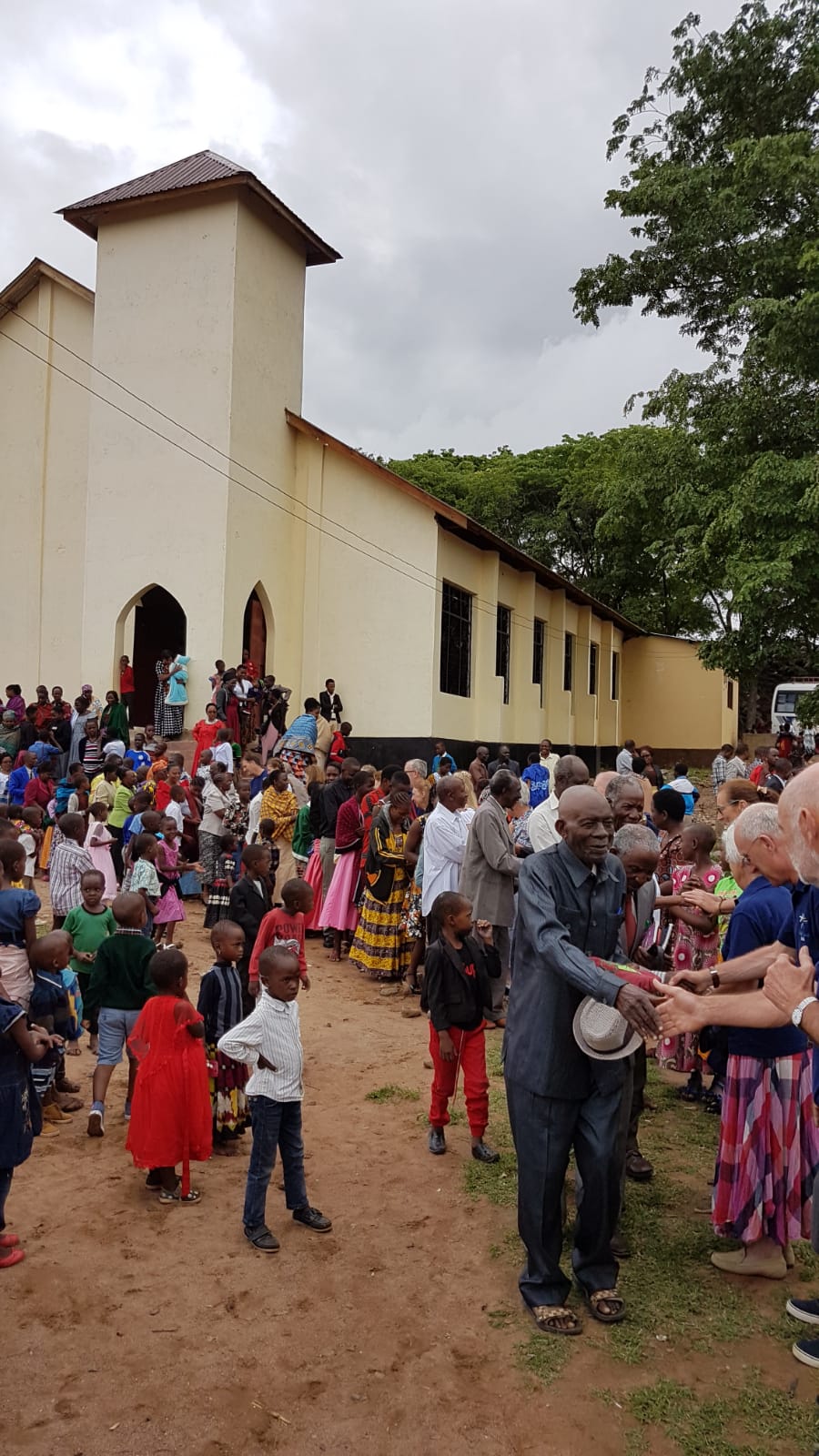 On Monday, we visited the Sengrema Preschool at the local church. The children enjoyed having their faces painted, making balloon animals and paper cranes and playing ball games. 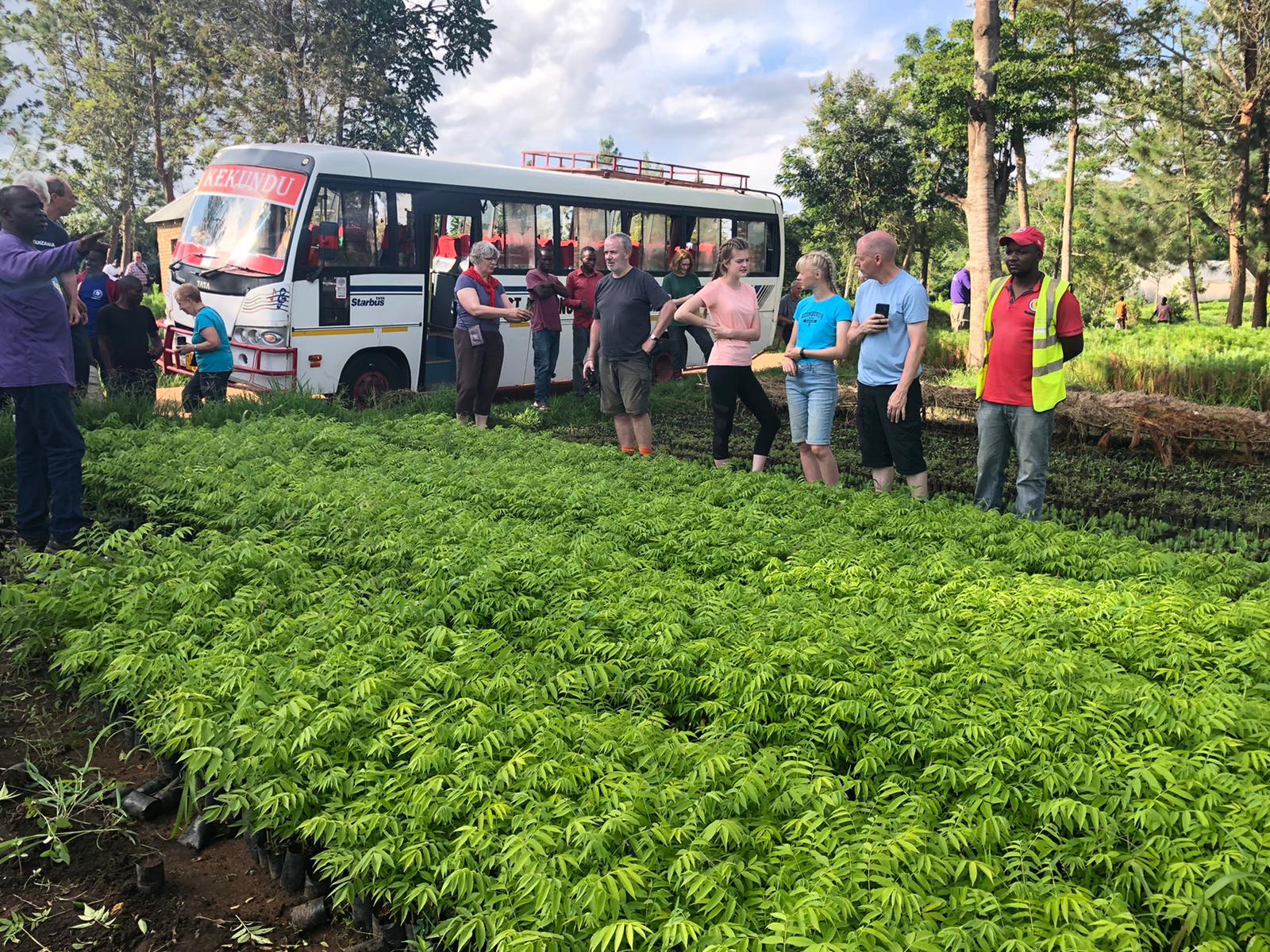 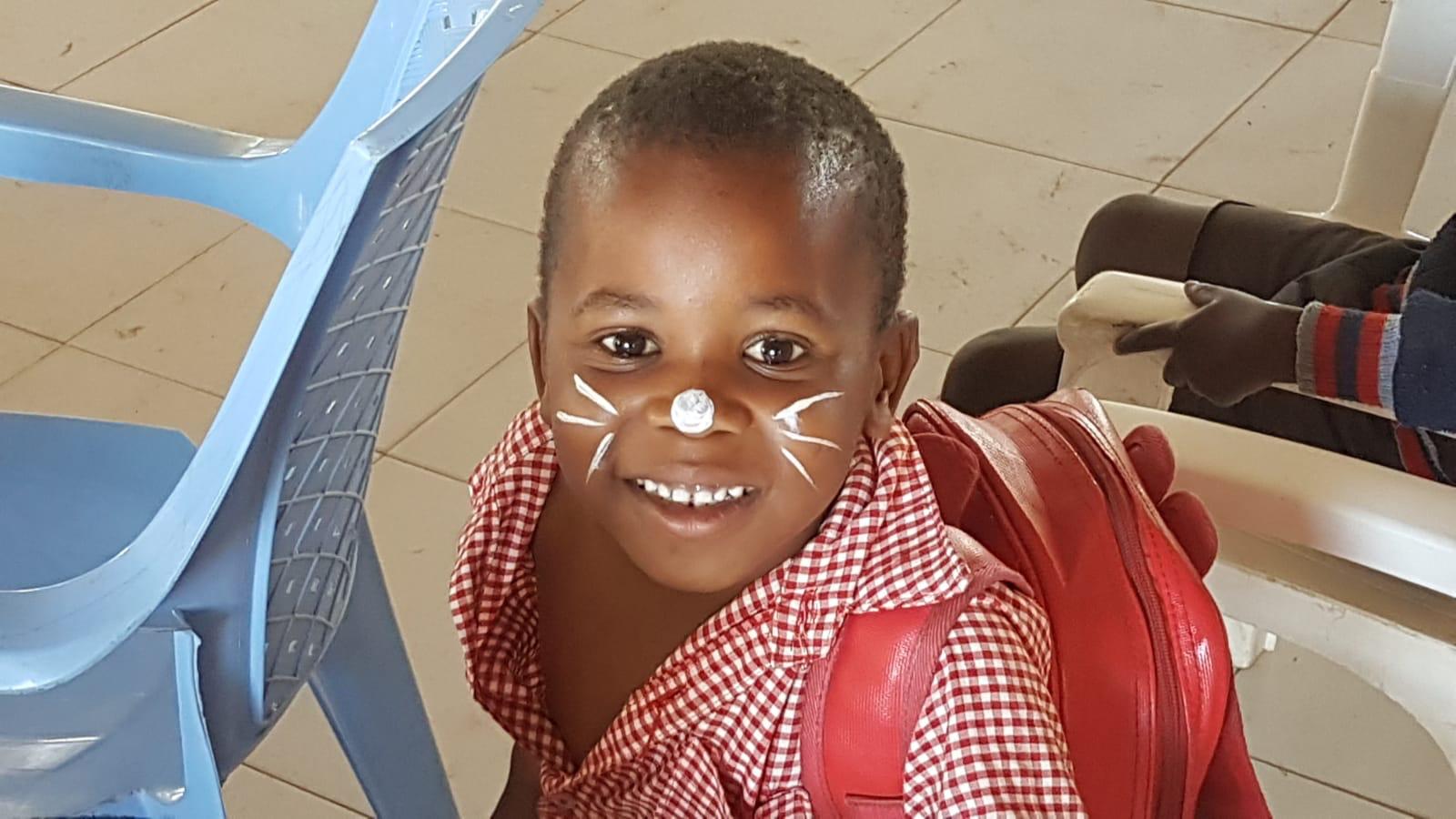 Tuesday was our very last day on site. Before arriving, we visited a local plant nursery so we could plant citrus, mango and avocado trees around where the future houses would be. We also mixed cement and moved cement blocks. It was difficult to say goodbye to the place and people we have begun to know so well. Since arriving, our group and the fundis have made tremendous progress on both houses and I can’t wait to see what the future holds for this amazing project. 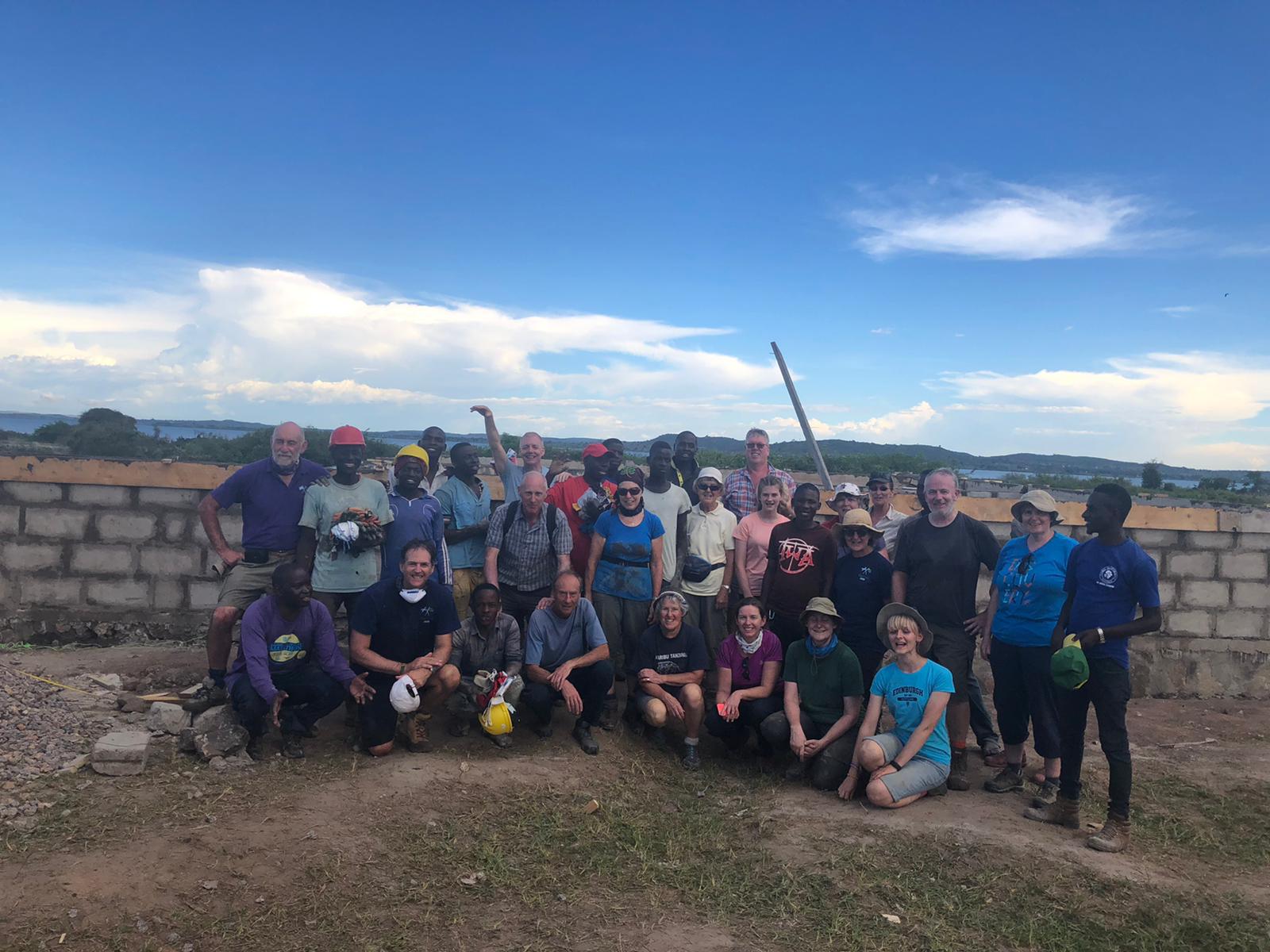 You could be next! We have spaces on our our April 2020 Expedition to Kazunzu, a chance to connect with the community yourself! More information about building trips here.